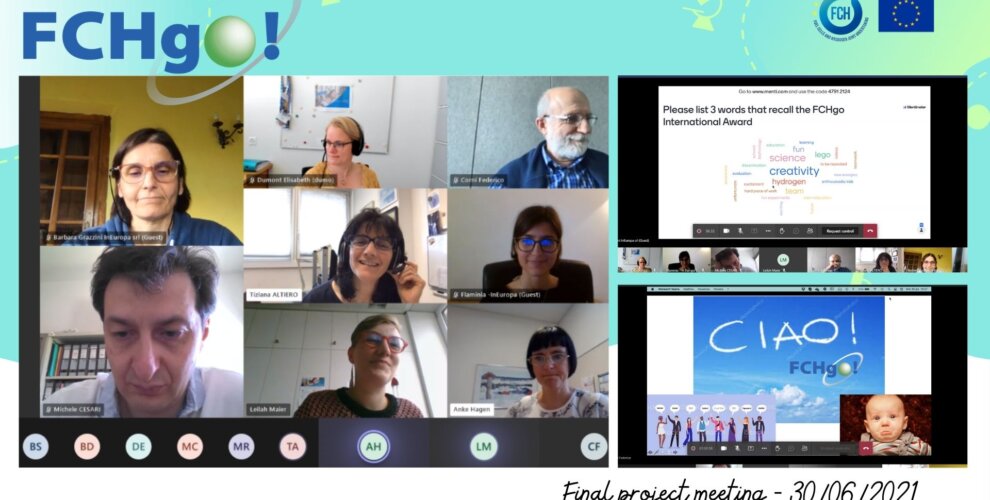 The FCHgo project, funded by the Fuel Cells and Hydrogen Joint Undertaking (@FCH_JU) under the #Horizon2020 programme, which aims at empowering young people to be protagonists of the ecological transition, educating them in particular in the knowledge of #FCH (Fuel Cells #Hydrogen) technologies, officially ends today!
Unimore – Università degli Studi di Modena e Reggio Emilia has been carried out FCHgo since 2019 together with the other project partners InEuropa srl, Free University of Bozen-Bolzano ZHAW Zürcher Hochschule für Angewandte Wissenschaften Danmarks Tekniske Universitet – DTU Uniwersytet Mikołaja Kopernika w Toruniu; Steinbeis 2i GmbH; Agado and Mikado Consulting as third parties).
Despite the pandemic, the project has produced important results, including an international competition, the #FCHgoAward, in which more than 450 #students participated, both from school and from home!
During today’s Final Project Event, the partners reviewed the various stages of the project and started to imagine how to carry on the project’s legacy. In particular, new editions of the FCHgo Award competition will be launched in the future. #Staytuned!