Interview with Barbara Grazzini about the FCHgo award

Are you curious to find out who inspired the FCHgo award ‘World of the future: the best FCH application’ and coordinates the competition? We are pleased to introduce to you Barbara Grazzini from the FCHgo partner InEuropa team, which is in charge of the FCHgo award.

In this interview Barbara tells more about the idea behind the award, her recommendations for pupils that would like to participate and what she hopes participants will take away from the FCHgo award experience.

FCHgo: First of all, we would like to know more about the idea behind the FCHgo award: Why did you develop a contest for pupils about fuel cells and hydrogen?

Barbara Grazzini: Coming from the Waterexplorer experience [another school project run by InEuropa], when UNIMORE proposed us to join FCHgo and shared its vision to reach out to pupils and make them more aware of hydrogen related technological opportunities, the first idea was to build a School Contest. What we saw in Waterexplorer is that the fun, interactive water-saving missions we proposed, not only encouraged students to take part in activities that are helping to save water, but also allowed them to learn life skills and improve story telling and communication skills as well – which is good for them and good for the planet too.

Do you have any recommendations for pupils participating to the award? What do they need to take into account when preparing their contest contribution?

FCHgo is a team challenge. The contest challenges students to transfer and apply their knowledge on fuel cells and hydrogen to design and plan their own project in teams of at least 4 students. Teams are invited to imagine future applications of FCH technologies in everyday life. The submitted project should also have a remarkable didactical value both for teachers and / or for students as a learning material. Therefore, teachers’ guidance and students’ imagination have to work hand-in-hand in succesful proposals.

What are your recommendations for teachers, parents or industry stakeholders that support pupils entering the competition?

The field of hydrogen energy is quite new for most of us. We would like to reassure teachers that FCHgo toolkit materials offer inspiration and the FCHgo team is ready to support teams in discovering the energy of hydrogen and its potential.

“Parents just need to follow us; they will be surprised about how much their children will be able to teach them on such a challenging topic!”

To the industry stakeholders we want to say that their support is essential to make change possible! The consortium is interested in networking with other educational, scientific and industry stakeholders engaged in the sector of renewable energy and hydrogen, in particular, that can support our schools’ learning experience throughout the project. We also welcome sponsorship from the industry sector for making national award ceremonies possible.

The FCHgo award features several national and one international award ceremony for teams whose projects convinced the FCHgo jury. What does a nominated team await at the award ceremonies?

National award ceremonies and prizes will be arranged at country level by each partner in different ways according to the resources and sponsors available. So, we may expect in presence joint events in some countries, small scale celebrations at the premises of the winning schools only, in other countries, or joint video conferences to announce the winners. Each country may arrange prizes to its own convenience, they may provide small prizes, like experimental kits, or sponsor the visit of the winning teams to a hydrogen or renewable energy plant at country level.

At the international level on the contrary, we have already foreseen a small prize and planned that, after announcing the winners through an international video conference, we will take representatives of the winning teams (a group of students and accompanying teachers) to the FCH Joint Undertaking Programme Review Days and Stakeholder Forum, which will be held in Brussels in November 2020

In general, what do you wish to see as main outcomes of the award activities?

What we expect from the award is a growing public awareness and acceptance across Europe on FCH technologies and its significant contribution to achieve the European energy targets.

We also wish to get inspired by pupils themselves for future application of FCH technologies!

Last but not least, we are curious to know what excites you the most about hydrogen and fuel cells?

At InEuropa we are committed to evoke behavioural change towards more sustainable patterns. Hydrogen and fuel cells have something to say on this challenge. And we are willing to learn. 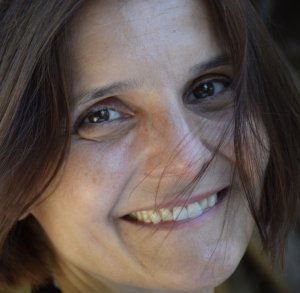 Barbara Grazzini is the Deputy President of InEuropa Srl which she founded in 2006 and has managed since.

In 1996, she graduated in Languages and Foreign Literatures, Social Urban Geography branch, at Pisa University. She first approached European issues while she was earning a postgraduate Master’s in Economy and Law Issues, European Countries, that same year. She has been working on the design and management of European projects since then, delivering training, information and technical assistance for private and public organisations in Italy and in Europe.

In 2009, InEuropa started a cooperation with the GAP International network to run programmes on behaviour change in Italy: starting from the Environmental Champions programme, followed by Environmental champions in schools like the ongoing Water Explorer (an international water-saving school programme), the Food Action project (FAct!) to reduce our food footprint, and the Goals for Good programme addressing the happiness and well-being of young people.

In 2014 InEuropa joined the GAP network as a member. Barbara is also member of the GAP International Board.

Barbara is a facilitator, applying the learning-for-change process in her job and in her everyday life. She is a determined and outgoing person, with very important qualities to ensure successful results in the design/projecting, management and coordination of European and international projects.

In FCHgo, Barbara and her team in InEuropa are driving the launch of the School Contest that will be coordinated by InEuropa itself.